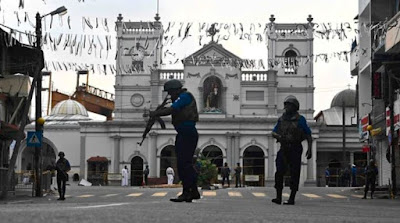 There is a lot of scrutiny over social media these days. We have taken off the rose-tinted glasses with which we initially perceived social media platforms (and most of Silicon Valley technology). The initial view of tech and social media as the great liberators, the equalizers and democratizers has been tempered with the realization that these platforms are just enablers at the end of the day, which can as easily be put to misuse as they can be used for societal gain. This topic is still a Wild West in terms of a complete lack of regulation (with political discourse still in it's infancy), several misguided early positions (example here), and points and counterpoints being made across the board (Facebook’s cofounder asking for it to be broken up here, and the counter-argument by Facebook’s VP for global policy here). In this context, Wired.com has come up with two interesting (and contrasting) editorials on the Sri Lankan government's stance to ban social media for a week after last month’s church attacks. Their titles indicate which way they lean:

Like guns, social media is a weapon that should be regulated

There is also a rather confused NYT article with opinions that don’t sit well with facts presented within that very article: Banning Social Media Won’t Stop Hate Speech

For what it’s worth, I myself strongly agree with the position that social media is dangerous and should be regulated. Western commentators may not be as clued in to the spread of Whatsapp and how deeply it is now integrated into the lives of everyone in developing markets (and how it has repeatedly caused mob violence / lynchings in India, and similar violence across Asia). Or more insidiously, some of these anti-regulation commentators might be thinly veiled lobbyists for tech companies (more on that later in the post).

Scanning through the various opinion pieces, I see 5 key arguments from the 'don't block Facebook' camp. I have laid out their arguments and my responses to each:

1. "Curbing civil liberties and civil rights doesn’t make people more safe". This is a vague assertion not backed by fact. The essence of civil rights is around avoiding discrimination. From FindLaw: Civil rights are an expansive and significant set of rights that are designed to protect individuals from unfair treatment; they are the rights of individuals to receive equal treatment (and to be free from unfair treatment or discrimination) in a number of settings. And on Civil Liberties, from Brittanica: Civil liberty is freedom from arbitrary interference in one's pursuits by individuals or by government. In the case of Sri Lanka's temporary ban on social media, there is no *discrimination* so civil rights are not relevant, and with regards the civil liberties argument, the interference is not arbitrary and is in fact rooted in law (from the NYT article: "…gives Sri Lanka’s telecommunications minister the power to prohibit the transmission or reception of entire categories of messages in emergencies or in the interest of public safety and tranquillity"). So the government’s action was not a curbing of either civil liberty or civil right, and as to the third assertion in the statement, in fact the temporary ban did make people more safe, given that a key channel of hate speech was curbed. See again the beginning of the NYT article: “False accounts of Buddhist monks being attacked spread on social media”

2. “When the press is relatively unfree (as in Sri Lanka), social media is an important alternate source of news and reporting”. Peculiar choice of word ‘alternate’, but perhaps apt given how dangerous both alt-right and alt-media (social media) are getting to be by bending or even completely breaking the truth. I think the pro-regulation Wired article comparing social media to guns is very apt here. To quote: “(Social media’s) defenders are promising that social networks can replace a corrupt system with a user-based one. I understand the attraction of such a claim, even if it is a form of the gun extremist’s contention that the best answer to a bad guy with a gun is a good guy with a gun. That is, a defense based on seeing the status quo as irredeemably flawed, and favoring a type of every-person-for-themself anarchy in its place”. I have personally noticed how easily truth and falsehoods mix on Whatsapp forwards, so I fully subscribe to the argument that an anarchic new media is no substitute for biased or unfree old media. To bring the analogy home to Western commentators, would anyone in their right minds say that in the US, ‘user driven’ platforms like Facebook are strong bulwarks against the scourge of falsehood-peddling media like Breitbart? Going by the US election meddling, the two types of media are equally dangerous (and in fact symbiotic in many ways).

3. Various flavors of “Internet penetration is weak in emerging markets, so how strong is social media anyway” / “Word of mouth still exists and is a more powerful channel for hate speech” / “This ban isn't enough and distracts from long term solutions”. If the state of popular tech in Sri Lanka is anywhere similar to India (and I don’t see why not given economic, geographical and cultural similarities), then the country is probably undergoing an unprecedented spike in smartphone (and thus internet) penetration. Do note, the ‘Don’t praise the Sri Lankan government’ article confuses internet freedom with internet penetration by pointing us to Freedom House. Sri Lanka and most of the developing world now has rudimentary but widespread access to internet via cheap Chinese smartphones. As regards word of mouth rumors (often created by political rabble rousers), yes those exist, have always existed (e.g. Gujarat riots 2002) and will continue to exist. Governments have to continue to solve those, but it’s not an either/or when it comes to different media of communication. Social media is extremely powerful and yet easy to block temporarily at the flick of a switch, so why not do that as a good starting point? There may be some merit to the argument that it distracts from longer term solutions, but frankly that is true of any effective or even partially effective ‘band-aid’ fix in any situation – it always distracts people from a longer term solution.

4. “The government is doing very little to curb sectarian violence” / “Sinhalese – Tamil – Muslim fighting has existed pre emergence of social media (insert any other sectarian groups e.g. Rohingyas – Buddhists)”. Closely related to the previous argument. Yes governance is tough, and yes much more needs to be done. These bans are temporary fixes (the Sri Lanka one lifted at 7 days) while the wounds of sectarian violence often take decades to heal. Meanwhile, stopping the potency of an accessible weapon should be a perfectly acceptable tactic. It has been proven that restricting access to suicide spots (e.g. bridges) truly lowers suicides. So let’s not underestimate the power of tactical approaches.

5. “Social media is a critical form of communication in times of emergency, e.g. Facebook Safety Check”. Emergency communication should by definition be one to one, not one to many. Sure if you are in a city going through a live attack, your childhood friends might breathe a sigh of relief looking at your Facebook safety check mark, but really the most important people to know should be your immediate family / friends, who you would communicate one to one or small group. Yes Whatsapp groups may make it easier to share that you are safe, but it’s not a critical form of communication by any means – those would be your phone’s basic calling and texting capabilities.

An unstated sixth risk is that governments could easily abuse temporary bans on social media and/or increase censorship in the name of security risks. Fair point. We need to keep pushing companies like Facebook and Twitter to do more, and at the same time we need to keep governments on their toes. I have no doubt that Facebook’s lobbyists work overtime to do just the latter – with a mix of direct government engagement like with Sri Lanka’s President, plus via ‘thought pieces’ placed in the news media (could the NYT article – written by a think tank called LIRNEasia – be an example of such a lobbyist effort?). This one is messy, but in any case the risk of overdoing social media controls should not mean that we blanket label any and all government actions as misguided.

In sum, this is by no means a black and white case, but my leanings are clear. What do you think?
at 1:06 AM No comments:

Email ThisBlogThis!Share to TwitterShare to FacebookShare to Pinterest
Labels: Consumer Technology, On governance

Reposting my thoughts on MMT from LinkedIn, where no one seems to have noticed it. Oh the irony of then posting it here!

__
Good article by the god of investing Ray Dalio. Lays out the theoretical foundation of MMT and some 'unconventional' (to current-gen economists) levers of monetary policy, minus the controversial discussion on political implications. Fairly technical but with a good intellectual payout if you stay with it, irrespective of whether you agree completely or not. My key takeaways / ideas:

1. There is a sound macroeconomic foundation to monetarily supporting individuals in the form of debt write-offs, cash handouts, universal basic income etc. Irrespective of your political lean, from macroeconomics side its difficult to argue why these levers to stimulate growth are any worse than quantitative easing (which is same concept but supporting investors / asset holders over individuals, and in fact with less efficient outcomes)

2. This has been done before! By FDR during the 1930s great depression, to great success and admiration

3. Even if inevitable (per Dalio), MMT / MP3 implementation will be messy. Of course the topic will be heavily politicized, and that may be an understatement given current polarization (at least in the US / Europe)

4. In the US, could student debt be a good place to apply MMT / MP3 when the next recession rolls around? Would achieve dual wins of stimulating growth and aiding millions of individuals, with a clean heuristic for who receives the benefits (modern equivalent of FDR's lending benefits for veterans). It's also a large lever, given student debt levels of $1.5 trillion. And perhaps a reasonable lever from fairness angle. Sure it will benefit college goers over others, but that's a skew that economies will want to encourage as they look to upskill talent pools