How car designs have aged

I grew up a big car buff and though the interest has waned a little over the years, I still take a keen interest in cars. Car design (exterior) has been a particular area of interest — there was even once a time when I seriously wanted to be a car designer and even sketched some designs. Having never trained formally in drawing, and not having a good eye for perspective, those designs haven’t aged very well, but that’s beside the point. I was recently reminiscing about car designs that I loved growing up (some of which have aged rather poorly and others that have only become more amazing over time), so I put together this post to do a retrospective on some of the notable designs in my mind over the last 20 years. I think this is especially relevant given many recent design trends (overdesigned cars, anonymous ‘Russian doll’ designs, cheap attempts to buy ‘presence’ with out of proportion grills, or just plain ugly designs). Not to say we are going down a bad design era (Volvo for one continues to knock things out of the park), but always useful to go down memory lane, no? I have given a scoring based on my memory of how I felt about the design at the time, and how I feel about it now.
Caveats 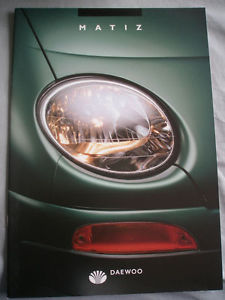 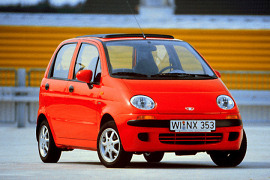 I remember the first time I saw the Daewoo Matiz in a magazine pic of a pre-launch article. This was the late 90s and I was in absolute awe. The Indian car market was just opening up at the time and compared to what we had on our streets, the Matiz seemed like it had arrived from a completely different planet and era (dang I can’t find that original pic). The extreme cab-forward style, those perfectly geometrical headlamps, the cleanly proportioned body. It was like a new-age Beetle to my eyes. As fate would have it, the Hyundai Santro (aesthetics wise a relative ugly duckling next to the Matiz) won the market and the Matiz struggled for traction after a good first year or two. Over time the Matiz suffered on Indian roads with many ill-maintained examples being driven around or catching dust by the side (plus bad ‘facelifts’), and my fascination went down. But looking back at some original pics, you can see the design shining through. And evidently it was based off an Italdesign concept (read here)!
1998–2004 Honda City [Then: 10/10] [Now: 10/10]
These were amazing low-slung beauties. Clean lines but not at all boring. I loved both the pre-facelift and post-facelift models and still do. In my mind this was a great example of a facelift that moved the model into the future (jewel headlamps and tail lamps). And of course the overall package was amazing, not just the design. 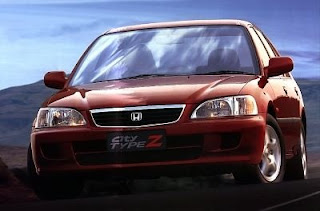 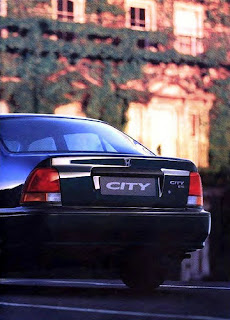 4th gen BMW 3 Series and 5 Series [Then: 9/10] [Now: 11/10]
These cars used to set my heart racing back in the day and have become much-sought after collector’s cars now. Of course that has a lot to do with the engines, handling and all of that (a lot of people believe that BMW was at it’s prime in the 90s in the pre-electronics /mechanical era), but design has definitely played a role. Such well proportioned cars, clean lines, classic BMW angel eye headlights. Especially the E39 5 series has aged spectacularly. I am beginning to think of it as close to the league of the Jaguar E-type in terms of timeless design.


2003 Subaru Forester [Then: 9/10] [Now: 9/10]
I came across this beauty as the ‘Chevrolet Forester’ in India. Of course destined to fail as it didn’t have the presence or feel of an SUV. (Aside: did the Indian market change any bit in 15 years? The S-Cross still struggles with ‘presence’). But me, I just loved those proportions, that funky tailgate, that hybrid look of a station wagon-SUV. And maybe I have a thing for cars that look like Mark Wahlberg instead of John Cena (thinking of the CR-V and RAV4 progressions over years). The Forester has not beefed up too much in these 15 years, but it has indeed reached an awkward height visually, so lost a lot of the cool factor in my eyes, but Subaru’s Crosstrek has stepped in admirably. 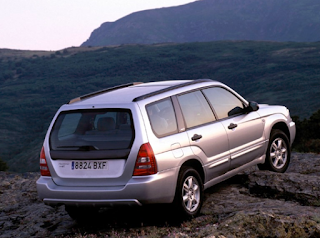 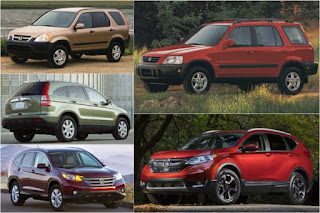 2003 Porsche Cayenne [Then: 7/10] [Now: 9/10]
I think this will be a controversial one. No one seemed to like the first generation Cayenne. This beast of a design was not befitting a Porsche, they said. And Porsche has made subsequent generations less ‘in your face’ and more like a swoopy sports car but on stilts (which has made them lose character IMO — though the latest generation is getting a vibe of it’s own). Call me a hypocrite considering my views on the Forester / CR-V above, but I still love the butch first-gen and how it has aged. Maybe the design would have suited a Bentley more than a Porsche? Sure the front with the teary eyed headlamps was unfortunate like all Porsches of that era including the 911, but even that got fixed by a 2007 facelift. 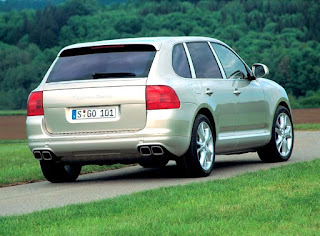 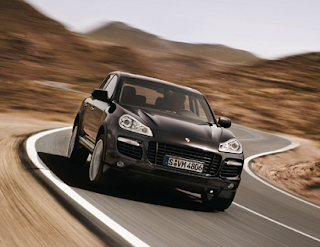 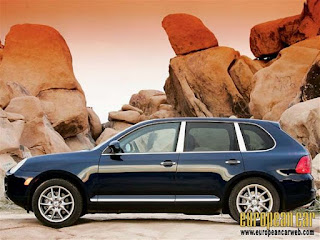 5th gen BMW 5 Series (2003) [Then: 9/10] [Now: 8/10]
I know everyone hated the Bangle designs, but I actually loved the 5 series of that era (though not the 6 or 7). Have mixed feelings about how this one has aged (brochures look great; on the road the cars look meh; side profile looks out of proportion now - especially the boot). I still rate it an 8 given how big a role ‘flame surfacing’ ended up playing in taking car design overall into the 2000s. Chris Bangle was definitely a visionary — but maybe BMW wasn’t the right brand for him? 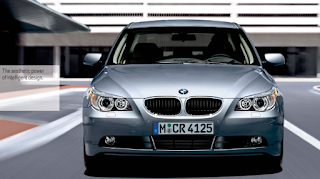 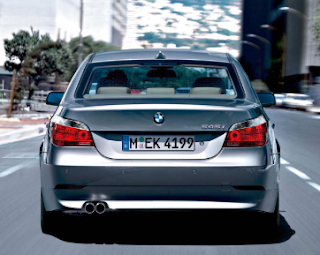 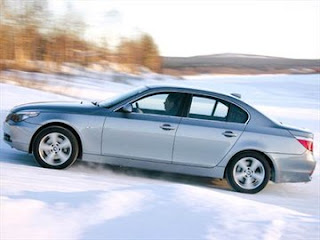 2008 Mercedes-Benz GLK [Then: 5/10] [Now: 8.5/10]
This is an odd one. I hated the design at first — thought it was a poor translation of the boxy C/E design into an SUV. But over time it has grown on me massively. Unique design, sweet-spot size, shades of station-wagon / early Forester influence, stands out in a sea of anony-SUVs (including the successor GLC — swap out the badge on that one and no one can tell it apart from a Buick!). I think the GLK’s growing stature is just a darning reflection on the overall design evolution of this decade’s SUVs. The GLK is like the cool anti-establishment truck. Something a wealthier Walter White might drive! 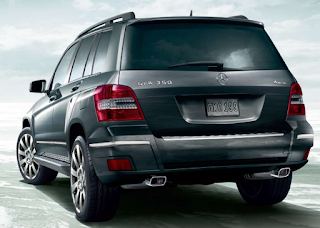 4th generation Mercedes-Benz E class / 2013 facelift [Then: 6/10] [Now: 9/10]
I liked the 4th gen ‘W212’ E class but didn’t necessarily love it. And when the facelift came out, I was very annoyed that Mercedes-Benz had broken away from years of tradition and merged the dual headlamps into one. But I now eat humble pie. Perhaps it’s too early to tell, but I now think this entire generation is a classic. A unique low design, boxy yet sleek. I love both the pre-facelift Pontoon style rear fenders, and the post-facelift LED tail lamps. Compared to the 4th generation’s sharply individualistic design, I hate the latest E class anony-sedan design 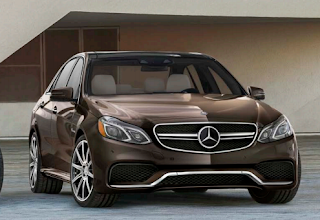 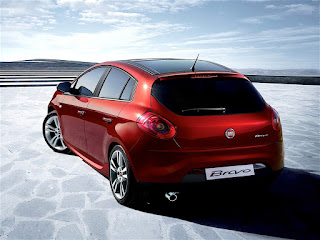 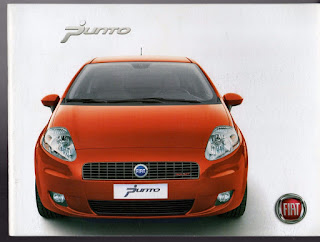 2003 Renault Espace (epitome of idiosyncratic French design that somehow just works). But maybe only on the outside. I know I am not supposed to review interiors, but what were they thinking with that dashboard? 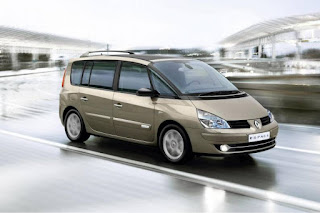 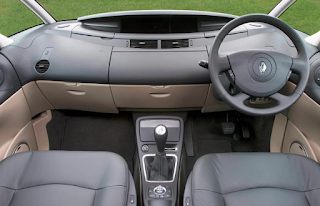 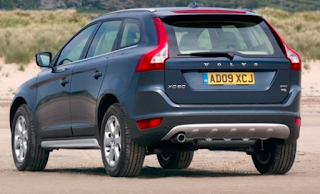 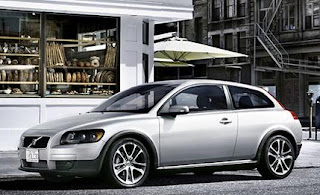