The grapes of drought

Visited California 2 weeks back. Huge drought all over the state apparently. Been going on for 4 years or so. Very likely caused by climate change. Agriculture affected severely, and the Golden State does produce half of the US' fruits and vegetables. Two major storms last week (biggest in 5 years) barely improved the situation as per scientists. 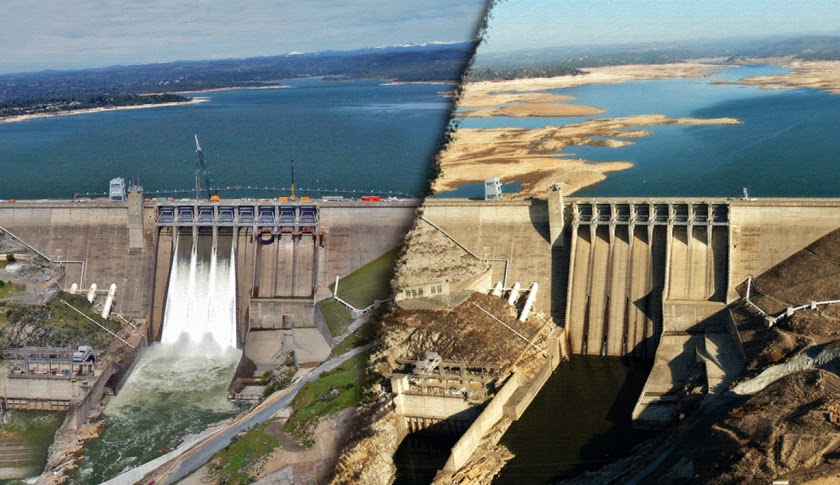 And yet. NO way of knowing there is a drought going on if you weren't told. Almost zero impact on residents' lifestyle. Sure, you are requested not to water your lawns in the interest of conserving water. But that's a cerebral request and a cerebral response by residents. No real pinch felt anywhere, for instance, through water rationing or occasional water cuts. Heck, water runs in all taps 24x7 in the Golden State even in the middle of this unprecedented drought.

Now, I am not complaining about this state of affairs. Far from it. In fact its heartening to know that despite such little impact on real lifestyles, people are driven to think about the drought and respect it. And California is definitely the most eco-conscious state in the country. But the tragedy is that many citizen of the first world, for all their well meaning intent, dont realize the true seriousness of some issues:


What does it mean to be bereft. What does it really mean to live with scarcity? How badly can Mother Earth hurt you if you don't care.

If all a drought means is that you don't water your lawn (!), then you are obviously going to take time to get sensitized to reducing wastage in general. Forget general sensitivity, even specifically with regards to water, lower lawn watering aside, most places in CA didn't even bother with simple measures like water saving taps or 2-way control shower knobs (temperature + volume). And that is my gripe. This drought could have been a golden opportunity for nay-sayer Americans to experience firsthand the perils of ignoring climate change and favoring a devil-gives-a-damn lifestyle. But we probably remain a long way from giving up reckless insensitive things like gas guzzling V6 sedans and 18 foot long Chevrolet SUVs, non-stop air conditioner / heater usage, and ridiculously excessive use of plastic bags and paper napkins.

Disclaimer: All of my water-related lifestyle observations for Californians are based purely on personal experience at this point
at 11:42 AM 1 comment: