Nadal and Federer have time and again sparred off the tennis courts too - in the ATP players council. The boiling issue has been whether players should be ranked basis their performance over the past 1 year (current scheme), or the past 2 years (proposed). For a change I have been rooting for the Federer camp. You see, I agree with Nadal's concern that the tour is too taxing on players as they have to trot around the world to a new tournament every 2-3 weeks just to maintain their ATP points. But while 2 year based rankings may improve the fatigue situation, they will simply not reflect real form and competitiveness of players. For example, ESPN analysis towards end of 2011 shows that, even after one of the best seasons ever, Djokovic would still have been No. 2 behind Nadal had there been a 2 year ranking! I say player fatigue and resultant injuries is a very pressing issue, but can't there be other ways to address it? Reducing number of tournaments is an easy yet difficult-to-implement one, so maybe they should increase the profile (and awarded points) of mid-rung tournaments. That way top players will know they can get better returns on their efforts by choosing all Grand Slams, a few mid-rung events, and only a few lower rung affairs. Others can choose a more grueling mix if they please, with only limited chance to leapfrog higher ranked players purely on the basis of higher appearances.

But wait, isn't that what the ATP is already doing with its ATP Masters series of titles? :) 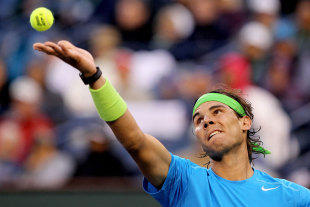 PS: All this reminds me of the ICC cricket rankings. I was wondering why India did not become No. 1 in ODI rankings even after lifting the World Cup in 2011. The team has of course gone into spectacularly decline since. Did the Reliance ODI Ranking predictor know something we didn't?

PPS: The title of the post 'Tenez', points to the origin of the sport's name. From Wikipedia: "It was not until the 16th century that rackets came into use, and the game began to be called "tennis", from the Old French term Tenez, which can be translated as "hold!", "receive!" or "take!". An interjection used as a call from the server to his opponent."
at 12:02 PM 1 comment:

Email ThisBlogThis!Share to TwitterShare to FacebookShare to Pinterest
Labels: Assorted

Are you sure you are more intelligent than a dolphin?

Dolphins deserve same rights as humans, say scientists
Do read the above BBC article if you want to alter your perspective even slightly.

The great tragedy of our times is that, while we have (after centuries of slavery) accorded all human beings equal rights ('human' rights), we are not able to protect even the most bare basic of animal rights (the right to survival). Many animal species are emotionally complex and extremely intelligent. Its just that we humans, in our minuscule understanding of the world, never took the hints (see my previous article here). Its only now that we realize that several species have highly advanced languages. Blurs the line between man and animal, does it not? God knows how many more amazing things about other creatures will we get the chance to discover, before we banish them forever into extinction. 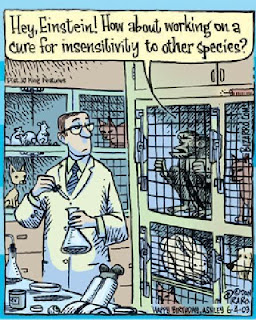